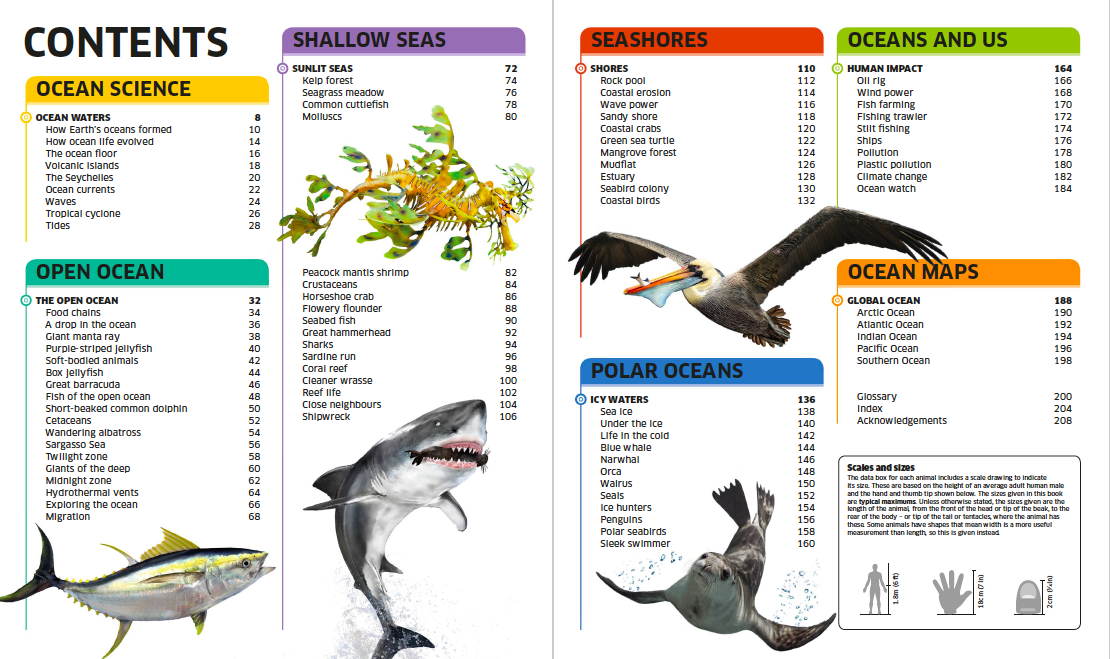 Earth’s oceans are almost as old as the planet itself. Formed more than four billion years ago, they have been evolving ever since. Their waters are constantly on the move – flowing in currents around the globe, pulled in a daily cycle of tides, and rising and falling as waves that crash on the shores.

The vast majority of the planet’s water is contained within the oceans, filling these huge basins up to several kilometres deep. Ocean water is salty – in contrast with the fresh water found in rivers and lakes – and varies in temperature around the globe, from the balmy tropics to the freezing poles. Water continually moves between the oceans, air, and land, in the global water cycle.

Oceanology The Secrets of the Sea Revealed

The Science of the Ocean, The Secrets of the Sea Revealed. Đặt in màu tại HoaXanh - Thêm vào giỏ hàng.

The Science of the Ocean